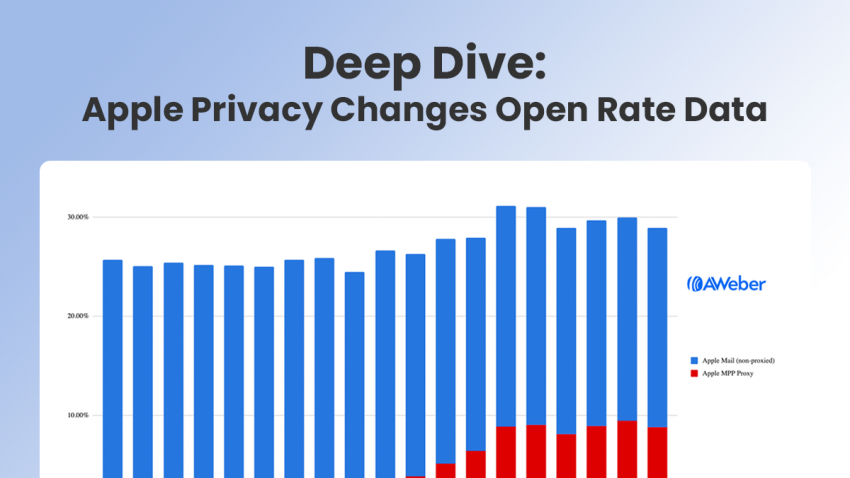 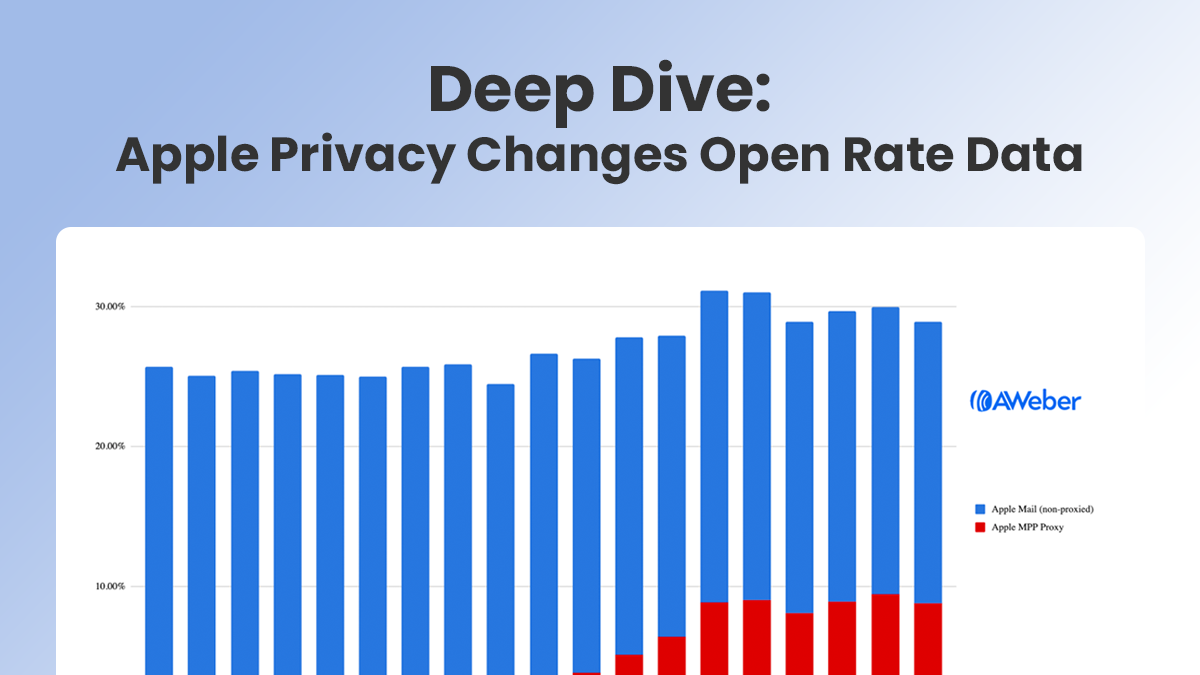 Apple’s Mail Privacy Protection (MPP) rollout in iOS 15 has caused fascinating changes in open rate metrics. The most interesting of which is the change in behavior of when we see opens being detected.

Let’s dive into a few charts using data from hundreds of millions of delivered messages.

Below you’ll see the raw volume trends of user opens as Apple iOS 15 is adopted on an hourly basis.

Look closely and you’ll see the peaks and valleys are different on older iOS versions vs. Apple’s new MPP proxy in iOS 15. Putting proxied iOS 15 traffic on the right axis highlights the trend.

Why does this happen?

iOS 15 only does the image caching in the background when devices are plugged in and on WIFI. What happens in the evening? People go to sleep and charge their phones.

When you aggregate all opens for each type over a 24 hour period and look at the percentage of opens that happen in any given hour during that day, the trend becomes very clear. The overwhelming majority of opens from iOS 15 are detected in the evening, not from human activity but from caching while your phone charges.

While your iPhone charges it “opens” and downloads each of the images in the messages you’ve received but haven’t yet looked at. This caches the image and stores it for later so you can view the message faster. This creates an artificial open, but one that’s still seen in the metrics.

The iOS 15 MPP caching is already having a slight impact on global open rates in the past few days. Nothing dramatic, but it does show up on graphs.

That impact is clearer when you drill into icloud.com opens for an audience that’s much more likely to be viewing their email exclusively on Apple devices. Open rates have shown a growing trend but not one that yet impacts how most marketers need to think about using open rates.

I expect the volume of older iOS traffic to continue gradually dropping off, but it’s obvious when you look at the wider email ecosystem that Google still dominates with Gmail proxied requests. The volume from older pre iOS 15 devices will continue to drop, and the slice of red from iOS 15 devices will grow with the automated image downloading.

I wrote about Apple iOS 15’s Mail Privacy Protection in June and what I wrote then still holds true. Apple’s changes

If you enjoyed these charts, you should: